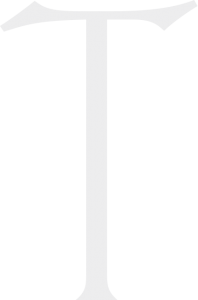 Since 1979 Cosgraves have been committed to the pursuit of excellence and have built many of the most exceptional living environments in Dublin and surrounding areas.

Guided by a deep-rooted appreciation of the long term value of elegance and quality, the team has earned an undisputed reputation for excellence and the term “Cosgrave Built” is perhaps the greatest assurance of pedigree when it comes to your home.

Over 40 years as a premier builder, Cosgraves have created many of Dublin’s finest addresses such as: Ardilea Wood in Clonskeagh, Bracken Park and Chesterfield in Castleknock, Honeypark, Cualanor and Clearwater Cove in Dún Laoghaire, Salthill in Monkstown, The Sweepstakes, Shrewsbury and Simmonscourt Square all in Ballsbridge, Belleville, Donnybrook Manor and Morehampton Square in Dublin 4, as well as Temple Manor in Celbridge, Eden Gate in Delgany, Howth Lodge and now Thormanby Hill in Howth. Every Cosgrave development stands testimony to the long term value of their commitment to the higheststandards of quality and elegance inside and out. From the overview to the smallest detail everything is considered.

Leaders in Energy Efficient Design, Cosgrave’s Lansdowne Gate development (2006) pioneered sustainable buildings in Ireland, while Honeypark in Dún Laoghaire was selected overall winner of the SEAI Environment Award, Ireland’s most prestigious sustainability award and never before awarded to a housebuilder.

Cosgrave’s have from the outset focused on building not just better homes but better communities and have gained significant recognition for their outstanding work. In 2020 the Urban Land Institute awarded Cosgrave’s the overall National Award for Placemaking, while in 2015 the team were awarded the coveted Property Excellence Award for “Community Benefit’ for their achievements in public realm.